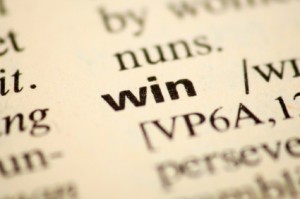 An author whose book is wedged on my shelf somewhere between Beck and Skinner is George Herman Ruth-yes, the same home run-hitting icon who is associated with that cultural cognitive distortion Bostonians have called a curse up until two years ago. Babe Ruth was not an academic type, but he made an important assertion in his 1928 book about his life and his teammates. He said that baseball players were just regular people from various walks of life. Many of them had interests ranging from finance and politics to music. Irrespective of the menu of theoretical orientations available to psychologists today, I suppose most psychologists would agree with Ruth’s 75-year-old revelation that athletes, who by the mere fact of running the human race with everyone else, will likely face psychological adversity and challenges.

In my traditional cognitive-behavioral practice working with adults and adolescents who have a range of anxiety and behavioral disorders, I have found that clinical work with athletes and cognitive-behavioral therapy (CBT) dovetails quite smoothly. Athletics and a cognitive-behavioral approach seem to share some common terminology, such as goals, practice, strategy, skill, evaluation and feedback. Therefore, a CBT approach is particularly helpful to athletes who may need more traditional clinical support, but who are wary of appearing weak or think they are giving up control to a therapist or therapeutic process.

Qualitative research and anecdotal accounts of cases have frequently suggested a firm notion that athletes simply want to avoid the stigma that may accompany mental health issues, assuming they will have a What About Bob? or Good Will Hunting experience. For this reason, I prefer to offer a “personal consultant” model to an athlete who has decided to take the leap into psychological skills training or who needs extra clinical support. This consultation approach seems to be palatable to an athlete and avoids the stigma of “seeing a counselor” or “having a therapist.” Together, we are still able to utilize the frame of CBT effectively.

Many prominent athletes already possess mental skills that lead them to success. Sport psychology consultation may simply be a matter of identifying an athlete’s existing positive mental skills in order to strengthen them and have them on demand, rather than starting from scratch with the assumption that an athlete has no mental toughness skills at all. Regardless of the psychological strategies offered to an athlete, professional work may easily go beyond the walls of a therapy office.

McLean colleague Arthur Siegel, MD, first encouraged my involvement with the Boston Marathon Medical Team while I was teaching a course in sport and exercise psychology at Harvard. Serving as the team’s psychologist at the Marathon finish line over the last five years has given me an opportunity to put into practice the evidenced-based treatments that have typically been reserved for a traditional clinical setting. Some runners may have severe cramping or muscles spasms. Others may have a fear of needles or may be aggressive and confused because they have pushed themselves too far physically. Other runners may be quite reflective because they either met or fell short of their pre-race goals. Regardless of the need, the sport psychology role is a meaningful opportunity to offer psychological intervention and support while working with both first-rate athletes and a topnotch medical team.

Clinical and sport psychology are predicated by generations of research and application in various domains. In the 1890s, the study of sport and behavior made its American debut when Norman Triplett researched bicyclists’ performances both individually and against each other. Shortly after the turn of the century, Triplett passed the baton to his prodigious student Coleman Griffith, who is considered the father of American sport psychology. Now, more than a century after its inception, sport psychology is a clearly defined specialty recognized formally by national organizations (i.e., the Association for the Advancement of Applied Sport Psychology and the American Psychological Association), possesses its own code of ethics and offers a certification process intended to establish competency through documentation of coursework and supervised training experiences. Sport psychologists who are academically and professionally eligible can also serve on the United States Olympic Committee (USOC) Registry of Psychologists. Inclusion on the registry creates an opportunity to work with Olympic teams and athletes who utilize USOC resources throughout the country.

Whether in an office or on a playing field, sport psychologists can be useful to individual athletes, teams and their organizations. Service delivery is an opportunity to apply psychological theory and productive techniques in an equitable manner, while maintaining professionalism and ethics. It is our opportunity in this generation of psychology to play by the rules and score big!

This article was published in the Winter 2007 Edition of the Irene Pierce Stiver Psychology Alumni Association News and is reprinted with permission.

how to store cialis.